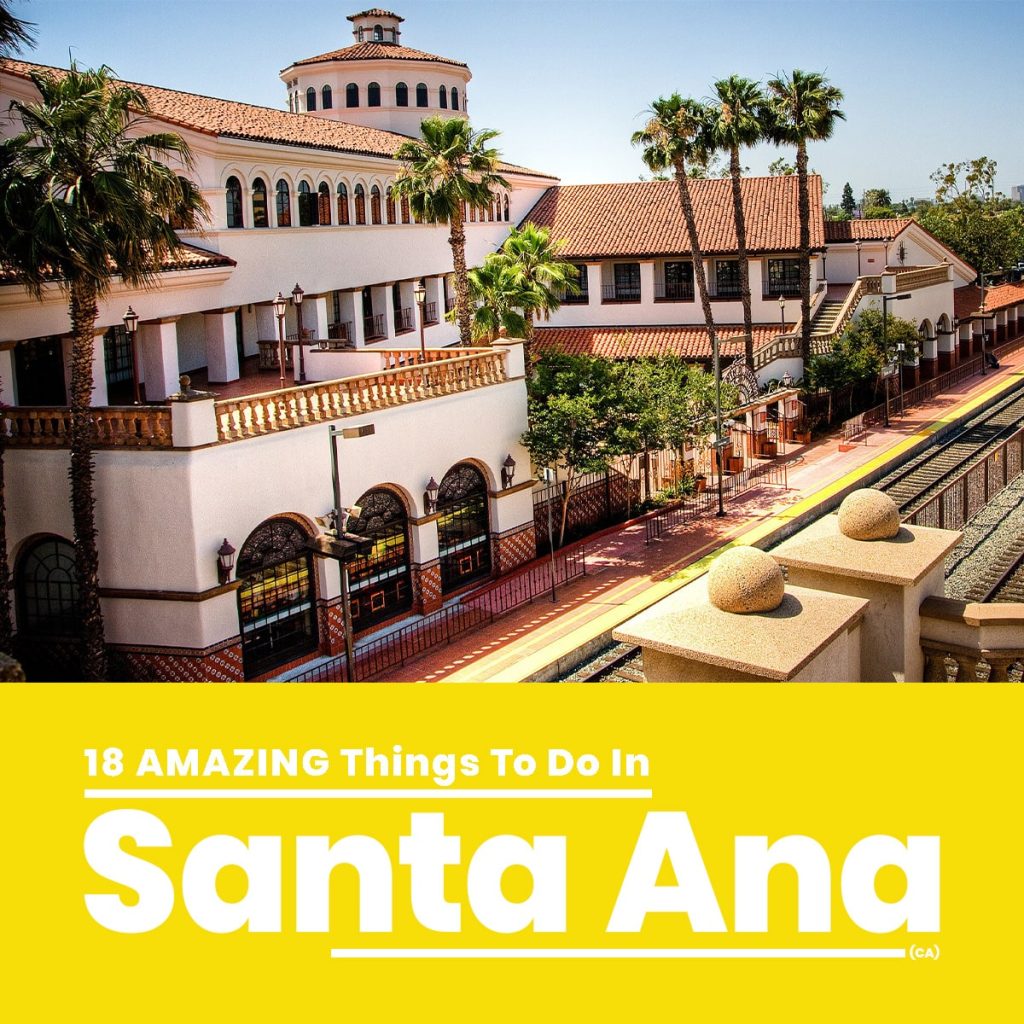 Looking for the best things to do in Santa Ana, California? We have you covered for both day and night!

Just a half-hour drive outside of Los Angeles, Santa Ana, or ‘Saint Anne’ is surrounded by an impressive 25 green spaces, home to several impressive museums, and a couple of cute little zoos.

First explored in 1769 by a Spanish expedition led by Gaspár de Portolá the Santa Ana area was established as fertile farmland for fruits and nuts to feed the local community.

While its much louder neighbors receive most of the hype, Santa Ana has its own charms and these hand-picked activities should help you to plan to see the very best things to do in Santa Ana.

10 Things To Do In Santa Ana During The Day

Days spent in Santa Ana are all about discovering the town’s rich and varied history. Check out the fascinating architecture from days gone by or discover the modern art scene.

Considered to be one of the best museums in Orange County, the Bowers Museum showcases local, national, and international artwork. With more than 100,000 artifacts to explore and tens of rotating exhibits, it’s the kind of place that has a little something for everyone.

Discover a world of Native American art, be transported back to 15th century America or take a journey across the seas to the arts and culture of Oceania all within our guide to things to do in Santa Ana.

With over 100 interactive exhibitions on offer, the Discovery Cube Orange County gives children a hands-on experience to learn all about the scientific world around them.

Visit Dino Questo to unearth life-size bones of the giants that lived many millions of years before us, find out how to look after the world around us with the Eco-Challenge, or go ice-hockey mad with the Science of Hockey exhibit.

One of the most popular contemporary art museums in the county, Orange County Museum of Art, or OCMA for short, highlights the work of artists from California and the Pacific Rim.

With over 4,500 paintings, sculptures, photographs, and digital media forms to explore, all from the early 20th century right to the modern-day, it’s a fantastic opportunity to get to know the local art scene.

Soar into the Santa Ana skies with OC Helicopters. Setting off from the John Wayne Airport you can see the sea in style, cruising along the coastline on one of their tours for 2. With an impressive team of World Record holders, the OC has been operating for over 15 years, working hard to ensure you have an unforgettable experience on every outing.

Built across 20-acres, the Santa Ana Zoo gives visitors the opportunity to get up close to the flora and fauna of Central and South America. Jump on the Zoofari express for a whirlwind ride, passing anteaters, primates, parrots, and more as you go.

Keeping education and conservation in mind, the zoo vows to contribute to the preservation of as many endangered species as possible, including the Golden Lion Tamarin and Ring-Tailed Lemur.

Settled in the heart of Santa Ana you can soak up the calming scent of the rainforest at the Montanya Spa. With a range of full-day and half-day packages available. their sea salt scrub and signature facial are the perfect way to relieve stress. Treat yourself or someone special to one of their specials or a full spa-day package at this inner-city sanctuary.

The Heritage Museum of Orange County includes both the Kellog House and John Maag Farmhouse, the preservation of which has made these must-see moments in time. Once a citrus and nut farm instrumental in the agricultural industry of Orange Country the Maag Farmhouse is a wonderful spot to walk around and immerse yourself in the history of Santa Ana.

Jump on a tour with a local volunteer to understand how these houses played an important role in the community from the late 1900s or stroll around the grounds at your own leisure.

Built during the Victorian Era, the Dr Willella Howe-Waffle House and Medical Museum is one of the best-preserved houses from this time. Constructed in 1889, the house belonged to one of the first female physicians in Santa Ana, adding to its already historical landmark status.

While you can visit and gaze at its facade, tours inside the house only come around every two months or so. The tours are usually organized by Smithsonian Magazine so it’s worth checking out the schedule closer to your visit.

Only opened in 2020, the Lyon Air Museum is a must for any aircraft aficionados visiting the area. Scattered amongst its 30,000 square feet facility is a fleet of World Word II-era aircraft and vehicles, each with its own story to tell.

To get the most out of your visit, tours are available led by volunteers who are keen to give you an in-depth understanding of the part these machines played during the World War.

If you can squeeze in another drive-by one of Santa Ana’s historic buildings, make sure the Old Orange County Courthouse is top of your list. Built more than a century ago, in 1901, the building has made it to the National Register of Historic Places as a highly regarded example of Romanesque Revival architecture.

Have some extra time on your hands? Pop inside to check out the museum which holds rotating exhibitions on the history of Santa Ana.

8 Things To Do In Santa Ana  During The Night

The real pull of Santa Ana happens when the sun goes down and the California night draws in. From stay-up-late cinema nights with the kids to romantic strolls through the park, here are the top things to do in Santa Ana at night.

Not your usual movie theatre, The Frida Cinema in Santa Ana is a non-profit art house, determined to educate the local community through the power of film.

While you won’t always find the latest blockbuster movies here, you will find a number of smaller-scale, locally produced films or golden oldies for a nostalgic evening out.

Take a ‘behind the scenes’ tour and learn how each of the signature spirits is brewed at the Blinking Owl Distillery. Set up by long-term Santa Ana residents this bar & bistro prides itself on drinks and its dough. Serving artisan pizzas made with the same California rye grain used in their whiskey make sure to reserve yourself a seat at the intimate indoor bar.

Opening the doors at The Observatory you can expect legendary live performances from up-and-coming artists and a-list celebrities. Connected to the Constellation Room this premier music venue in Orange County has concerts nightly. See what’s in store during your stay in Santa Ana.

The Yost Theater in Santa Ana, an iconic landmark since 1912 – is now a high-end and historic venue space hosting theatre performances, conferences, and auctions alike. With the work of 24 Carrots a catering company, this is a premier wedding space close to the Old Orange County Courthouse.

Keep updated and inspired with their Instagram account as event details and images of the impressive and adaptive interior are regularly posted.

Leave the real world behind for an hour of unforgettable fun in the Detective Society. Work together with your friends and family to crack the code and beat your way to freedom. Choose from four different themes including Mystery, Horror, Sci-Fi, or Heist, and don’t forget to book ahead of your visit to guarantee a spot.

Part of the Santa Ana College campus, the Tessman Planetarium is a hidden gem worth seeking out. Open to the public for evening, and sometimes day shows, you can book a seat in this 100-seat auditorium and learn about everything science and space explorations.

Although the timetable changes from month to month, previous shows have included a rundown of America’s influence in space, how to go stargazing, and a discussion of life outside of earth.

While you won’t be watching any musicals here anymore, the West End Theatre is worth a visit in the evening to see it lit up in all of its glory.

Operating as a theatre from 1915 until its last show in 1978, the original facade of the building still stands and the building is now occupied by local businesses. Visit for a quick sunset snap, or take a stroll a little later to see this early 20th-century building in its prime.

The beauty of Santa Ana lies in its versatility. Looking for a day out for less than $60 per person? That’s easily done in this humble little Californian town.

Budget traveler hoping to exhaust all of the free things to do here? Don’t miss Irvine Regional Park or the many historical houses dotted around town.

Hoping to find something that will keep children of all ages entertained? Try Santa Ana Zoo, the Discovery Cube Orange County, or Tessman Planetarium.

Whatever you’ve got planned for your time here, the host of historical hotspots as well as artistic and amazing things to do in Santa Ana won’t disappoint. 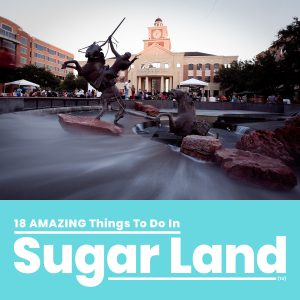